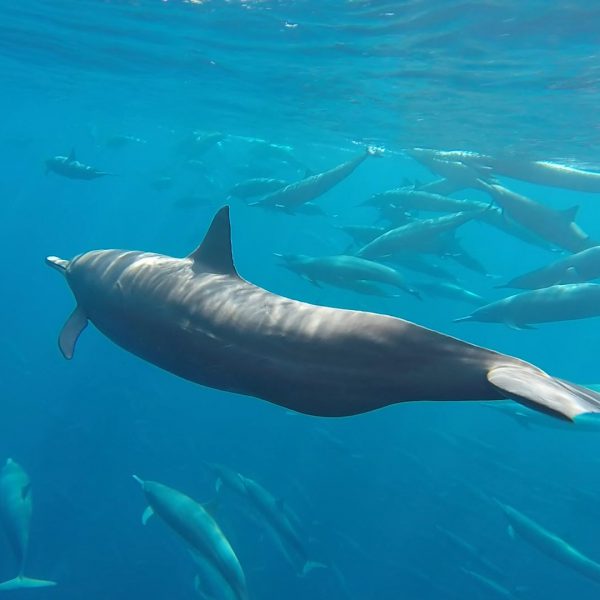 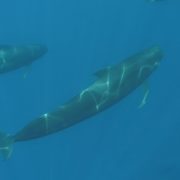 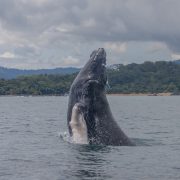 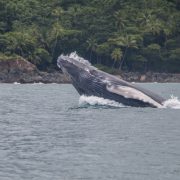 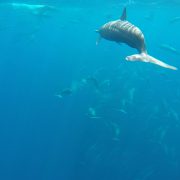 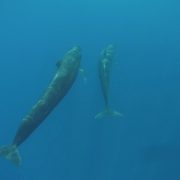 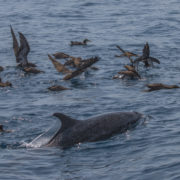 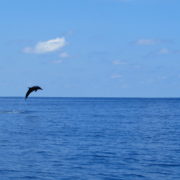 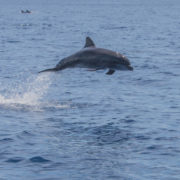 You should bring your bathing suit, sun protection, a waterproof camera, plenty of water and flip flops.

The Whale and Dolphin Pelagic Tour is my personal favorite Drake Bay adventure. Although many websites state that the season for this activity is during September and October. I think that if we were anywhere else on Earth it would always be whale and dolphin season, due to the sheer number of species that reside here.

Of the 10 species of resident dolphins, 4 can be found in megapods all year. If you do some research online, you’ll find that groups of 35-50 are considered to be extremely large and also very uncommon. The Whale and Dolphin Pelagic Tours from Drake Bay can commonly find pods of dolphins in the thousands- all year round.

Spinner Dolphins are the world’s most playful dolphin and the the Central American Spinner Dolphins are the least studied of all Spinner sub-species. The family lives just a little beyond Cano Island in an area of around 90 square miles. Their total population is approximately 10,000 and they are usually broken up into smaller pods of 2-3,000. The large group sizes and the relatively small residential area is why the search for our resident Spinners is a relatively easy and regular feat to accomplish.

The second most playful dolphin is also the world’s smartest. The Bottlenose dolphins that are found around Drake Bay, consist of both resident and migratory groups. The resident group (we call them homeboys) can be found in pods totaling more than 1,000 all year round and can also be found mixed into the pods of our other dolphin species. I have personally even seen Spotted-Bottlenose and Bottlenose-Spinner dolphin mixed breeds.

Now, on to the whales! The largest family of Humpback whales on earth visits the oceans around Drake Bay from July 15 until the end of December. When they leave here, they travel to their Chilean feeding grounds. It has been my common experience to see 15-20 Humpbacks during only one day of August, September or October. This is when the world’s largest whale family is most active: giving birth; catching the attention of females; performing mating rituals; feeding their babies; or teaching them how to breach.

At the beginning of December, the Northern Hemisphere sends a smaller family of humpbacks to Drake Bay for the same purposes. In fact, this is the only place on Earth where 2 families of humpback whales can be found in the same breeding grounds, at the same time. There is no data to conclude that breeding between the families has ever occurred, but this is the only chance where any humpback family could possibly mix DNA with that of another family. It’s hard to believe, but even during these months, I commonly hear that visitors have been told that it’s not the season for whales.

The simple truth is that because 90% of travelers only have 3 days available for activities in Drake Bay, people rarely find the chance to do activities that go beyond the standard Corcovado, Cano Island and a day at the beach. I am constantly amazed how many activities exist in this area (I’m talking about truly amazing activities) and even more amazed by how few people set aside the time to experience more than 3 of them. If 90% of visitors had 4 days to spend here, then it is my belief that the whale and dolphin tour would be one of the tours that everyone traveling to Drake Bay would do.

There are a total of 12 whale species (excluding dolphins) that either reside here, migrate here, or pass through during the year, so it’s obvious that some variety of whales can always be found.

Learn More On Our Blog