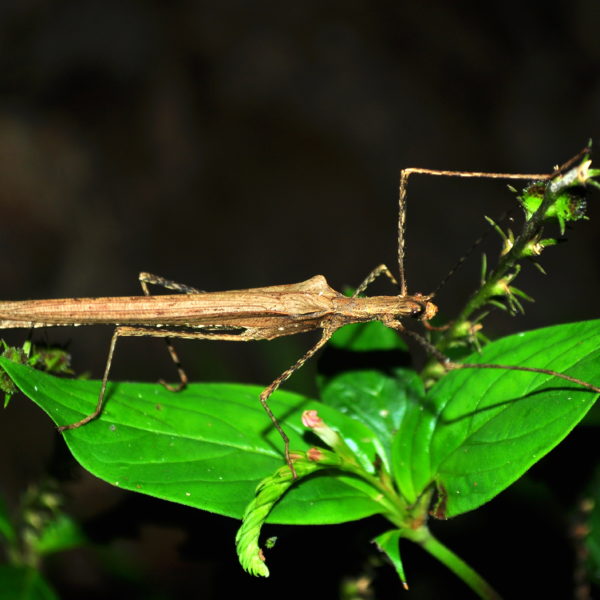 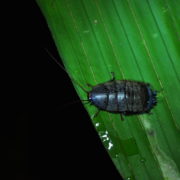 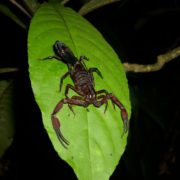 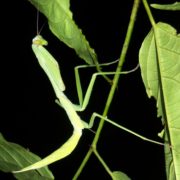 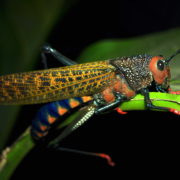 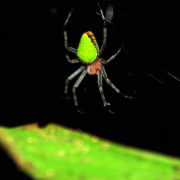 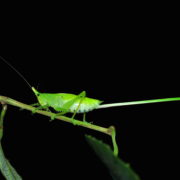 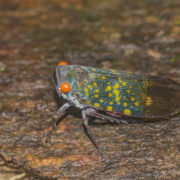 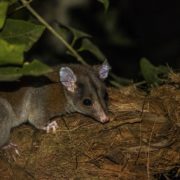 Tracie the Bug Lady is by far the most famous night hike in Drake Bay- and for good reason.

You should bring your camera, a flashlight or headlamp, mosquito repellent, and dry bags for any electronics. During wet season, you may require a rain jacket or poncho. We also recommend wearing light clothing that covers your legs, and you must wear closed-toed shoes such as tennis shoes or hiking boots- No Sandals or Flip Flops!

Please note that although we recommend bringing your own flashlight, the tour also includes a kick-ass Petzel headlamp for each guest. You will need your own mostly for the walk back to your hotel.

Uniquely, the Tracie the Bug Lady tour includes a customized field guide, which will be emailed to you after the trip. It contains information and images about all the species that you encountered on your personal tour. What an awesome souvenir!

Tracie's night tours fill up quickly, so please contact us as soon as possible in order to confirm your spot.

“The Bug Lady” tours in Drake Bay began in 1997. Biologist Tracie Stice and her husband Gianfranco Gómez are passionate about insects, snakes, frogs and other tropical nocturnal creatures and this is reflected in the amazing stories and information they impart upon tour goers.

This tour truly makes the night come alive, and it is easy to see how it is one of the most popular activities in Drake Bay. Not only do they describe the biology and behaviors of these fascinating creatures, but you will also learn surprising historical information about many of the species.

If you would like to know how scorpions may be used in medicine; how the US military employed cockroaches and toads in mind control studies and chemical warfare in the 70’s; or how to harvest silk from spiders- then this is the tour for you.

Species that may be encountered on the tour include many types of Frogs, Spiders, Snakes, Scorpions, and other Bugs. Not only that, but you may also have the chance to view mammals such as Kinkajous, Striped Hog-Nosed Skunks, Northern Raccoons, Pacas, Armadillos, Three Toed Sloths, Northern Tamandua Anteaters, Woolly Opossums, Four-eyed Opossums, Common Opossums, and a variety of bats.

Of course, there are no guarantees on any nature tour. The Osa Peninsula is not a zoo! Tracie’s tour is for the truly bug obsessed. For those who prefer to have a private tour with minimal talking, we may recommend the Jungle Night Hike.