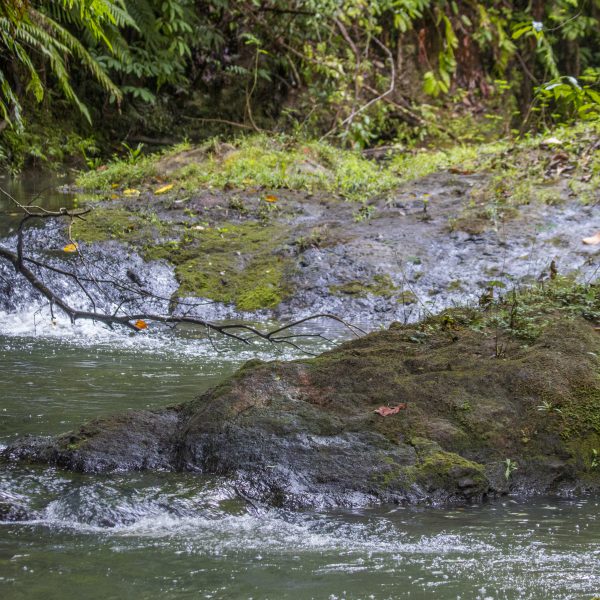 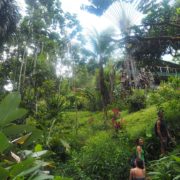 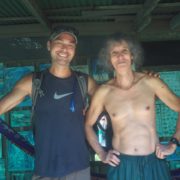 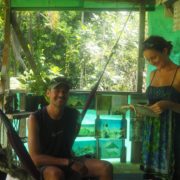 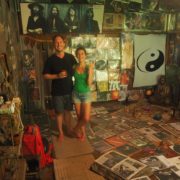 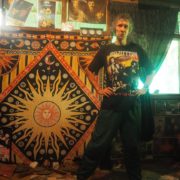 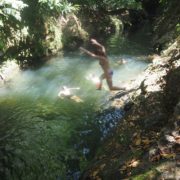 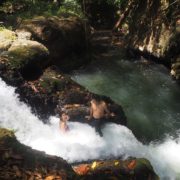 Paraiso Verde can be experienced as a day hike, overnight, or multi-night adventure. We recommend taking a taxi to the Los Planes Rangers Station, and then taking a one hour jungle hike to the property, where accommodation is in tents or hammocks on the covered balcony.

Day hikes include a private guide to and from Los Planes Rangers Station, picnic lunch, visit to a pristine waterfall and swimming hole, and taxi transportation to and from the town center. The overnight price also includes simple meals, and a tour with Alfredo of the trails on the property. Departure times are flexible, but we recommend leaving as early as possible (5-5:30am) to make the most of your wildlife spotting opportunities.

There is no phone signal nor internet at the property and electricity is limited so you should also bring a flashlight and extra batteries. You should also bring extra snacks and beverages for your stay. Other than that, take along your bathing suit, dry bags for electronics (including your camera), insect repellent, sun protection, plenty of water for the hike, Crocs or sandals worn with socks, towel and toiletries, and any medications that you require.

Please contact us for pricing of multi-night adventures. Please note that there is a 2 person minimum for these trips.

It is widely known that visitors must be accompanied by a guide after they cross the boundary into Corcovado National Park, but Paraiso Verde is an exception to that rule. Approximately 20 years ago the property was not part of the park, but now the boundary has been extended and one must walk 1 hour past the Los Planes Ranger Station just to get to there. The property owner’s name is Alfredo and he has been living on the property for over 35 years. Long ago he brought in flowers and plants from all around Costa Rica to complete his garden. His hand-planted vegetation is now fully mature and Alfredo grows fruit and vegetables to sustain himself. Alfredo comes to Drake Bay every 3-5 months to purchase beans, rice, coffee and other staples, all of which has to be carried on his back to the property. He has a small solar system, but does not generate enough electricity to run appliances such as a refrigerator.

His 2 story home has a wrap-around porch on each of the levels that are filled with hammocks. The beautiful property can be admired for months, while incredible amounts of information about the natural world seems to be constantly shoved into your head. He receives very few visitors and loves company. Alfredo is probably the softest person that I have ever met. He has strong opinions, but is type of person that would rather fall over than step on an ant.

Other than his fascination with nature, Alfredo enjoys 60’s and 70’s classic rock. He has one room that is used as a shrine to the rock concerts of his youth. It’s amazing how many big-name artists have signed his memorabilia, ticket stubs, and posters. He knows all the words to almost every song of the era and the best part is that he doesn’t even speak English!

He’s also into crop circles. Yes, aliens. I personally never realized how frequently they are found before I visited Paraiso Verde. In addition to his rock memorabilia and countless nature guides plastered all over the walls, also has a place dedicated for the crop circles of the month.

Years could be spent at Paraiso Verde. Trails, waterfalls and swimming holes are just waiting for exploration. The property probably gets less than 20 guests per year and it’s located within the “best national park on Earth”, how much better could it get? Picking the mind of a man that has flourished within all that nature will require some Spanish speaking abilities, but the place speaks more than enough for itself. Alfredo is just an additional benefit.